The collaborations behind ATLAS and CMS, the two general-purpose experiments at CERN’s Large Hadron Collider, have just published their latest reports. Their new data show a suspicious bump, similar to the one that gave away the existence of the Higgs boson: a detour in an otherwise smooth trajectory across the energy region explored by means of particle collisions. The reason why the new results could either hold great potential or have physicists endure a longer nerve-wracking wait has to do with how searching for the unknown works.

The Large Hadron Collider at CERN offers one the most favorable views of the Universe. Its behemoth experiments collide particles like bumper cars: in the particle dodgem debris are carefully scrutinized to reveal secrets about the interiors of the clashing entities and new types of particles can materialize into existence by converting the energy made available by the collision. Millions of particles are smashed into each other millions of times per second in order for the little sparse hints of every strike to accumulate into relevant information about the microscopic world.

Artist’s rendition of a high-energy collision inside a particle detector (Image: CERN)

An everyday life equivalent of this would be tossing millions of coins millions of times and counting how many heads or tails you get. Both heads and tails being equally probable you should find that each occurs roughly 50% of the times. That’s in theory. In practice, if you throw a coin 10 times you can get heads 7 times in a row: how’s that possible?

It could be that your coin is rigged: knowing for sure this is not the case is what scientists call characterizing the experimental setup. Maybe your coin is responding to its surroundings in some unexpected way; before you can claim to have a magic coin you have to make sure you understand your environment and how this might interfere with your experiment. It could also be that, while you think you’re just throwing a standard coin, the one you got is no ordinary coin: it’s a completely new one that behaves in an unconventional way with respect to the others you have thrown in the past. More prosaically, it is possible that you did not conduct your experiment enough times to make any statistically significant claim, as scientists would say. When you toss a standard coin your outcomes will approach the 50-50% separation as you increase the number of tosses.

Counting occurrences and comparing results with expectations also characterized the hunt for the Higgs boson, when ATLAS and CMS were like Columbus’ caravels on their course to the Indies: they had to navigate an energy stretch delimited, though loosely, by previously available maps of the microscopic world; their promised land was the particle associated with the Brout-Englert-Higgs mechanism. We all know how the story went: Columbus found America instead, while the Higgs boson was indeed discovered and the duo Higgs-Englert was awarded the Nobel Prize for physics, absent the late Brout.

Since then CERN has been making history, though in a peculiar sense. Its LHC works in fact as a time machine, by concentrating energy to values that characterized the Universe only immediately after the Big Bang. Now we can rewind a movie no one has ever watched before and directly witness the story unfold as if it were the first time. We have some expectations about the movie but this time around the situation is trickier than in the Higgs-Columbus days: we have left America. The map we could use until then, the so-called Standard Model, is not adequate anymore.

Every model is a description of Nature that is optimized for a specific set of its features and the Standard Model makes no exception: it is very accurate in its domain but cannot explain 95% of the Universe. These dark sectors are like very dim, unexplored rooms in a castle: to build a detailed map of these rooms we need to probe them, to understand their architecture and the variety of their furniture we need landmarks that inform our bearings.

ATLAS and CMS scientists have just finished analyzing information that seem to suggest a new landmark could exist, what exactly is still up for debate: it could be as familiar as a cousin of the Higgs boson or as novel as a manifestation of extra dimensions. This uncertainty represents science in the making and is very fruitful for researchers because it compels them to go through a checklist that resembles the one about the coin toss: are we dealing with a completely new coin? Or will new tosses wash away the seven-heads-in-a-row occurrence?

Only time and more data will tell if we have finally found new physics beyond the Standard Model: after all we have just started watching the movie about the history of the Universe.

Hello everyone,
it’s been a while and I wanted to break my silence with a short post. I would like to share with you a curious video that a friend of mine just sent me: it is nothing less than CERN physics showcased at Rio’s Carnival! Go to 27′ and 40” and see for yourself; of course you can also watch the video in its entirety.

The school’s parade, in collaboration with swissnex Brazil and Swissando, featured everything from William Tell to Swiss chocolate to Einstein and included CERN’s flagship particle accelerator, which crosses the border between France and Switzerland.”

For more geeky moments at Rio’s carnival you can take a look here.
I hope this will keep you cheerful until my next post: I have a couple of drafts that have been lingering for a while now and I wish I had already shared them with you.

Talk to you soon!

The Higgs boson is my name
Which to you might sound insane
I came to put order in some mess
As I give special particles their mass
I’ve been hidin’ for billions of years
But now I’m in every mouth and ears
My skatepark looks like a Mexican hat
And on it now you know where I’m at
They made me come out in a cave
And they’re really kind of brave:
LHC is the machine at CERN
Which did so well since on was turned.

It does not end with me getting to fame
Coz we’ve only started playing the game
You won’t wait long for some more fun
Coz in reality it’s only just begun
It took 50 years for an idea to test
Now for sure we can’t just rest
So much stuff we don’t know yet
We could call Hawking and make a bet
Most of the Universe is still obscure
We need imagination of the most pure
Our ignorance amounts to a grand 95%
So we hope for some strange particle event
To shed some light on the dark sector
We rely on some smart physics doctor. 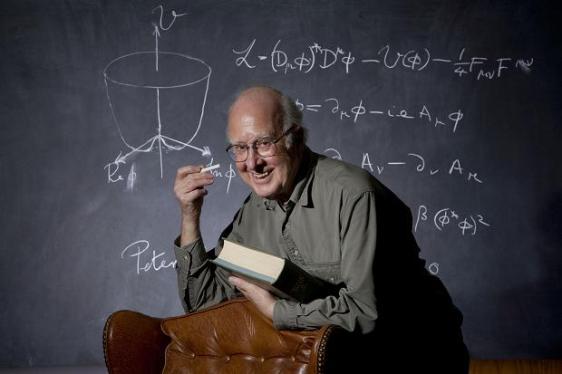 This was the first poems of mine dedicated to science; there are two more, in Italian:
– “Che ce frega der bosone?“
– “Questa è la scienza, lor signori“

For *some* of your science communication jobs needs ;)